After visiting Winterthur a couple of years ago, we decided there was more to see in Delaware. I spent the weekend visiting Longwood Gardens and I highly recommend it!

We stayed at the Hotel du Pont in Wilmington, Delaware. It is an older hotel with lots of charm and character. 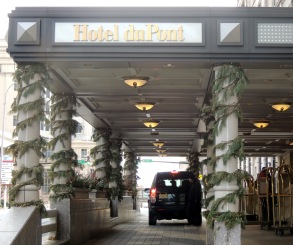 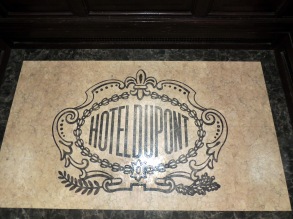 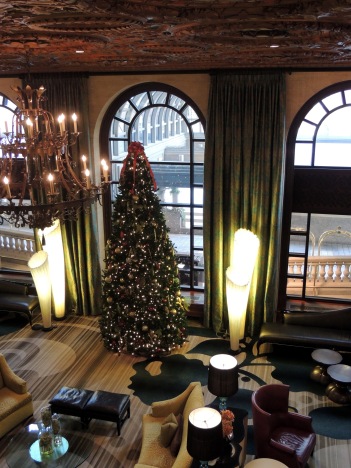 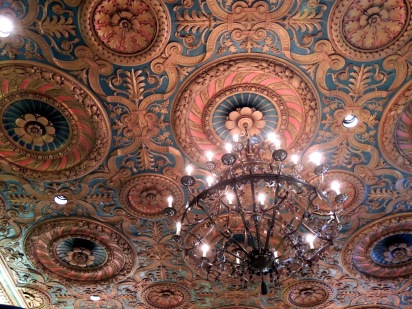 The only downside…the hallways reminded me of a creepy horror movie. 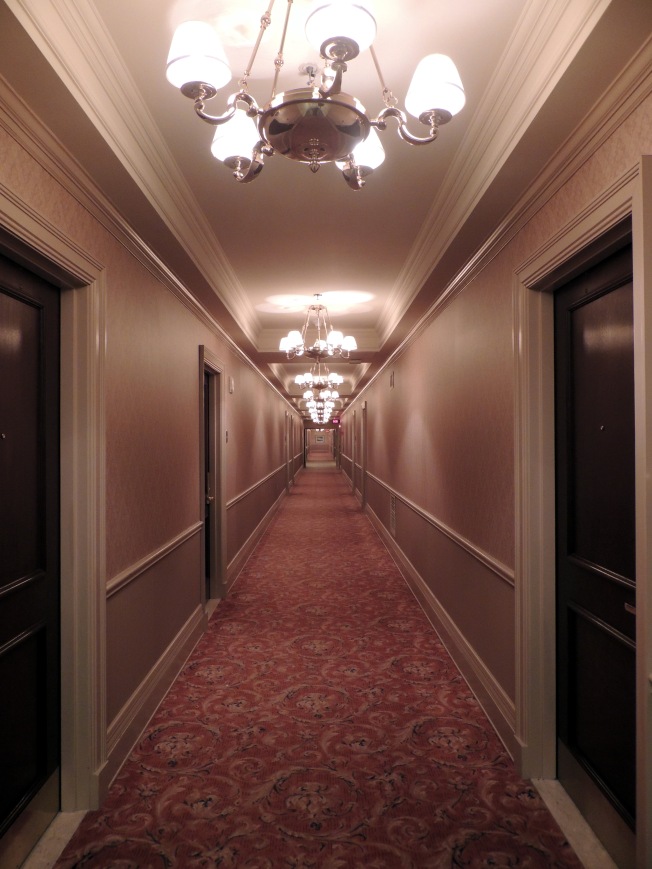 Dinner was at Harry’s Seafood Grill. I had the tuna with soba noodles, so yummy! I was fortunate to catch the sunset right before dinner. 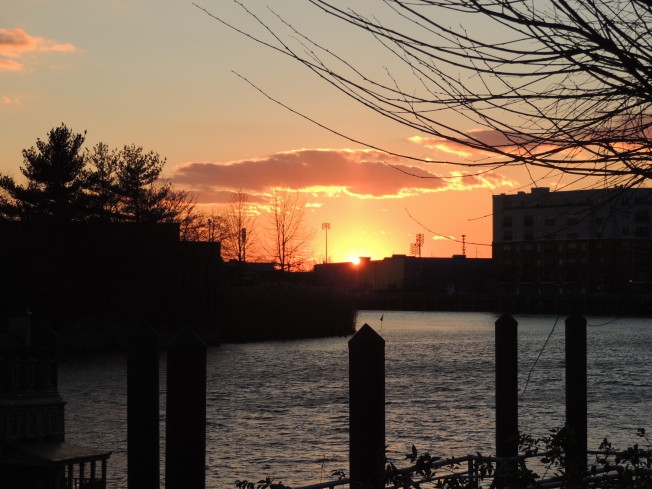 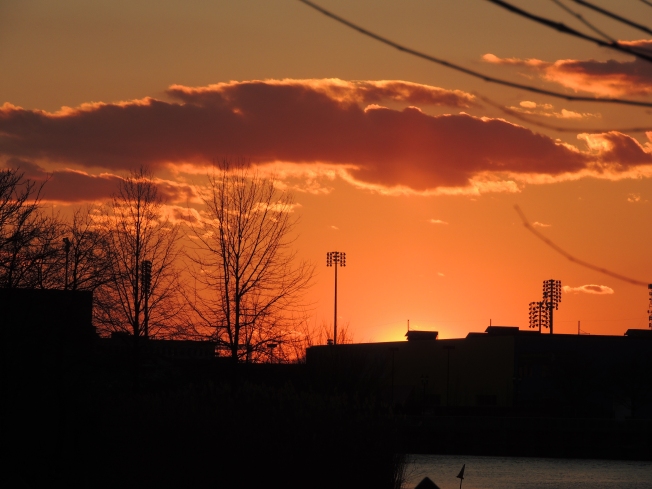 According to their website, Longwood Gardens consists of over 1,077 acres of gardens, woodlands, and meadows. It is also illuminated by half a million lights during the holidays! Built by Pierre du Pont in the early 1900s, the Christmas display started in the 1960s and is still going strong.

Our timed tickets were for 4:00, so we started in the conservatory while we waited for the skies to get darker. IT. WAS. HUGE. The map said it was over 4 acres with 20+ rooms. 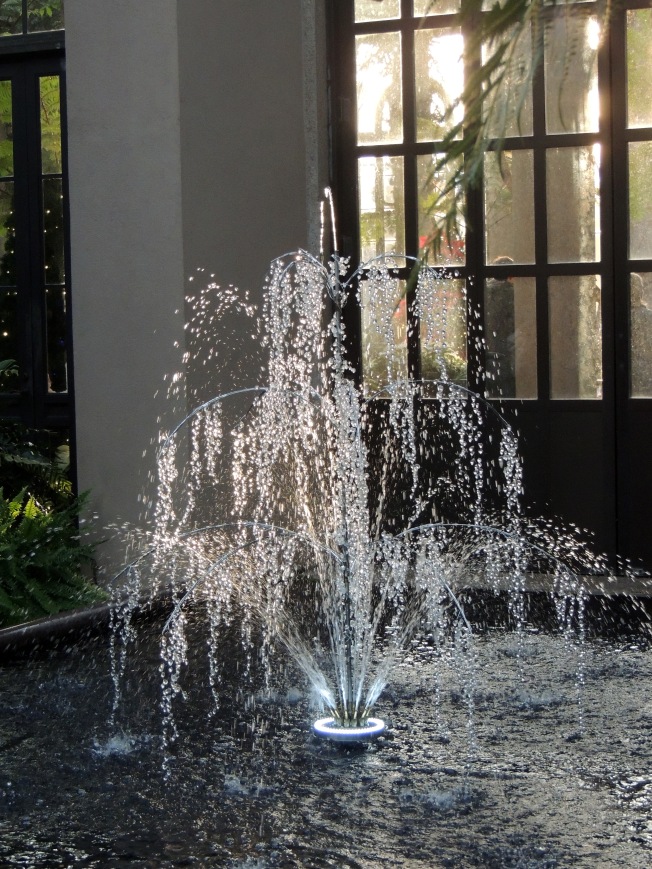 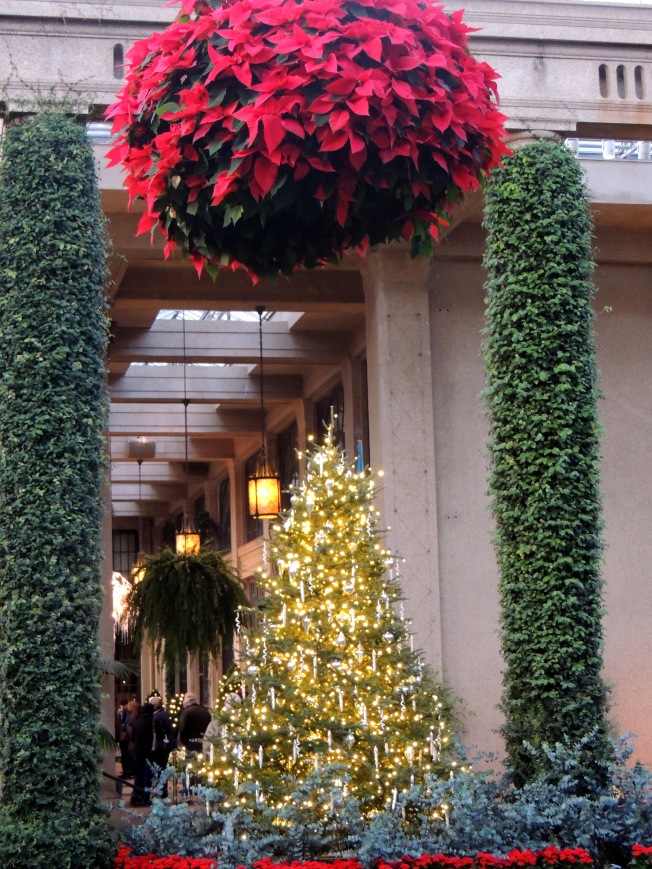 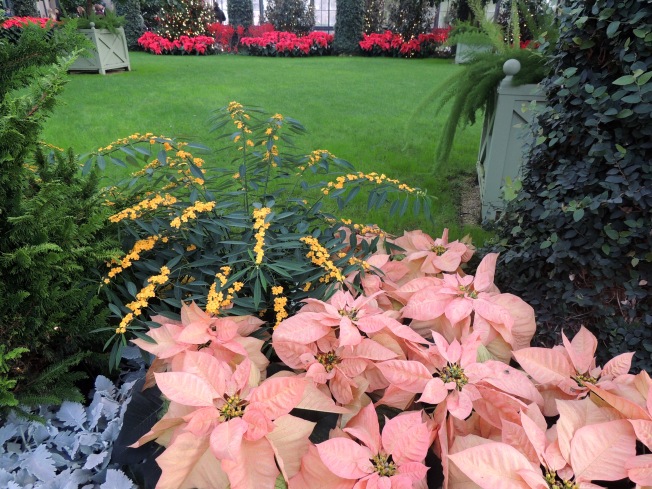 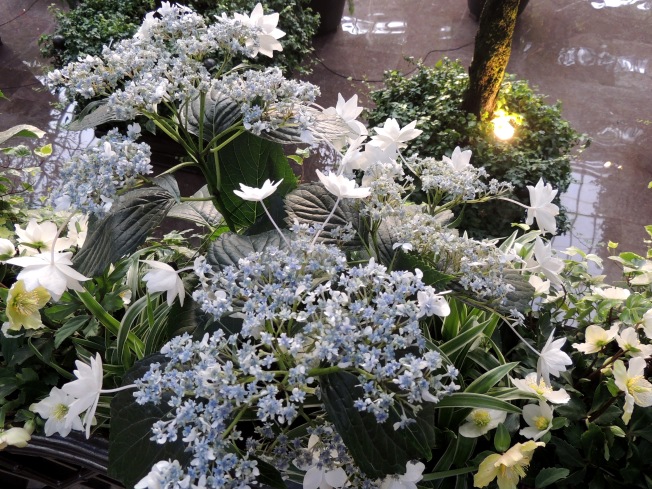 The way they had it set up was you had to walk in a line to see the smaller rooms, it wasn’t just a see-what-you-feel-like-looking-at. It was claustrophobic at times and very slow going, but each room was tastefully decorated. 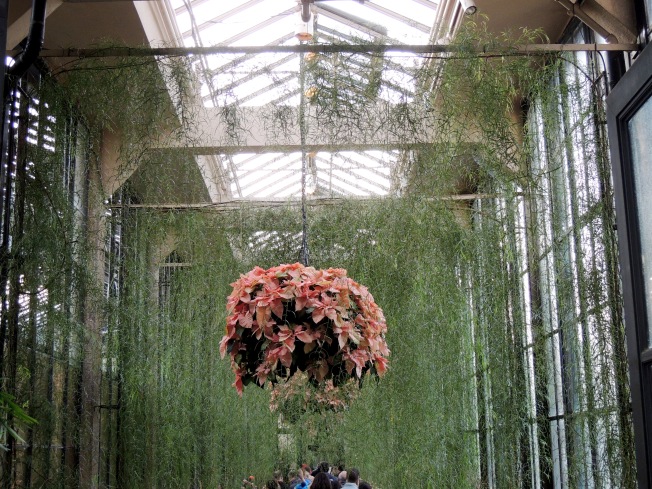 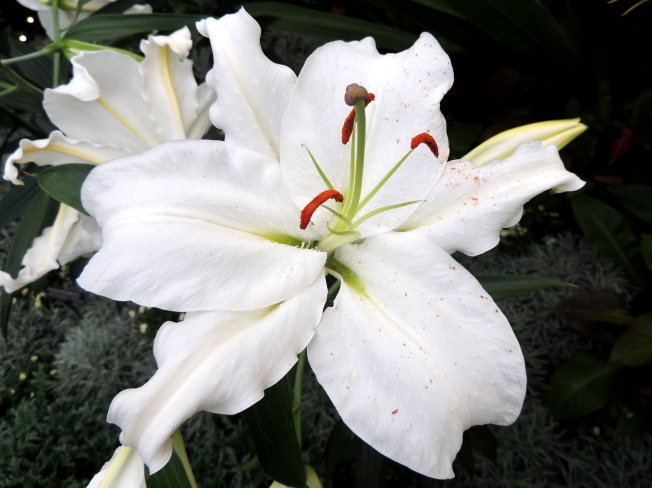 The sun had just set as we left the conservatory, but still not dark enough to enjoy the lights. 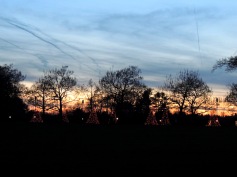 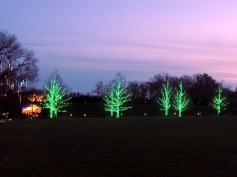 Once it did get dark, the lights were spectacular! 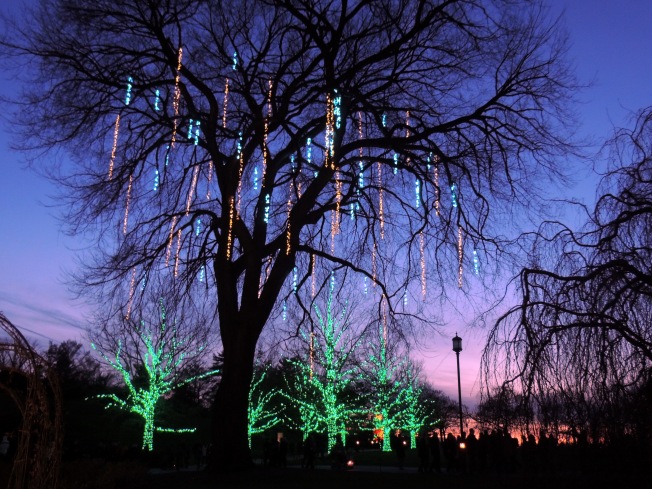 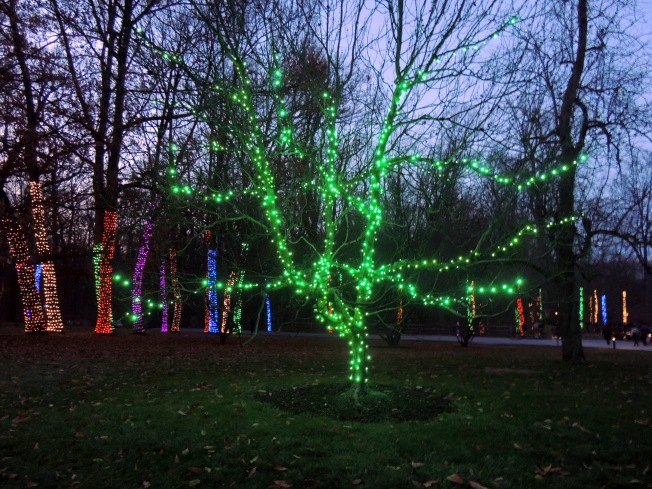 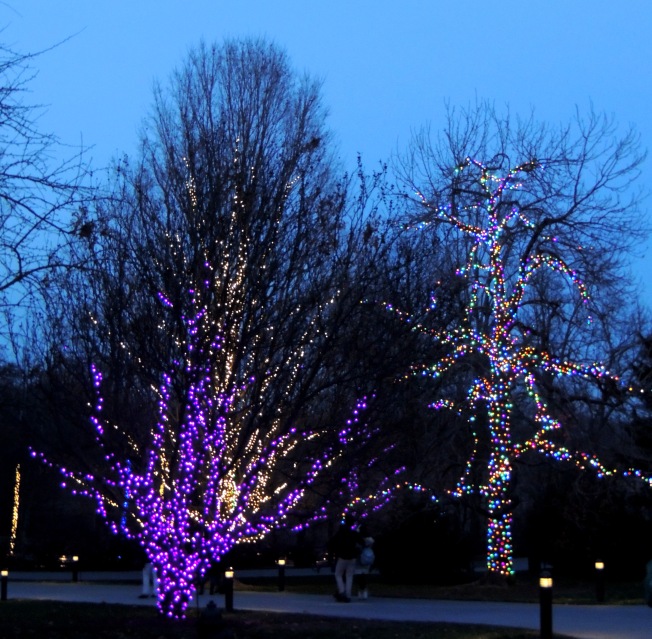 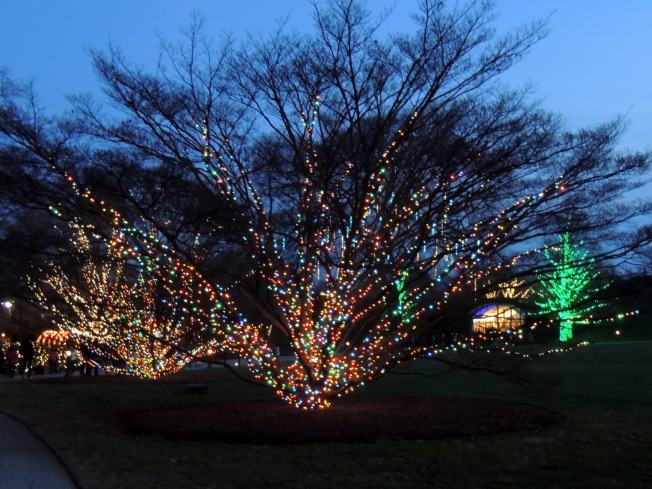 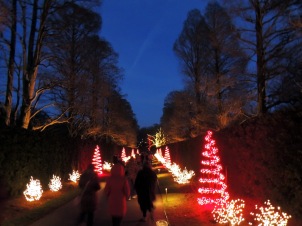 There were a couple of ponds that reflected the trees. 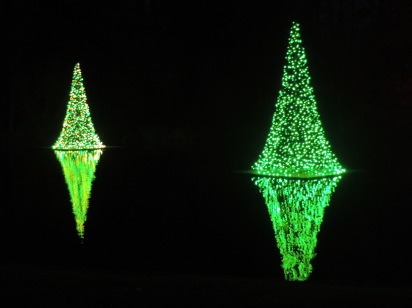 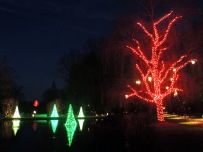 Similar to the Bellagio (but on a much smaller scale), they had a fountain set to Christmas music.

If it hadn’t been so cold, I might have explored a little more, but what I did see I was very impressed by. 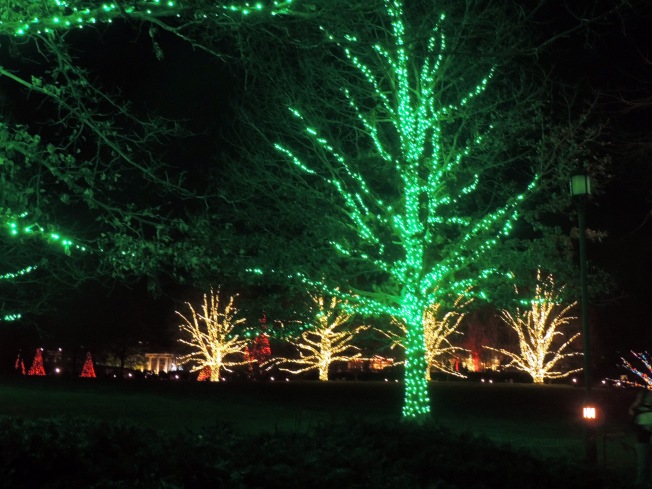 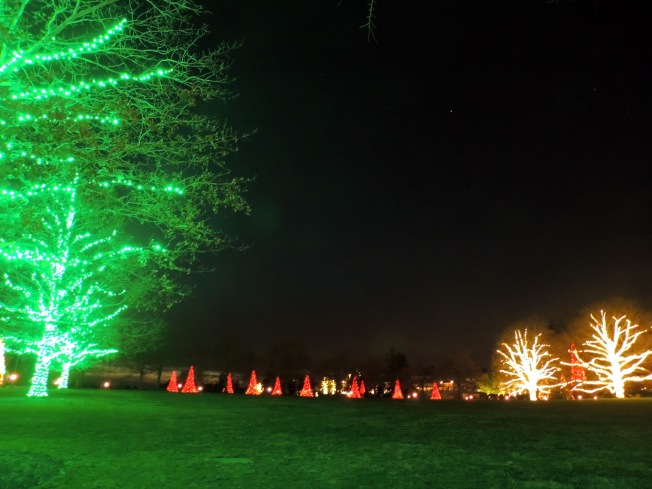