The hotel room I stayed in this time was AMAZING! The Hilton Garden Inn on 33rd was newly built and I was lucky enough to stay in a corner suite that had a 270 degree view! 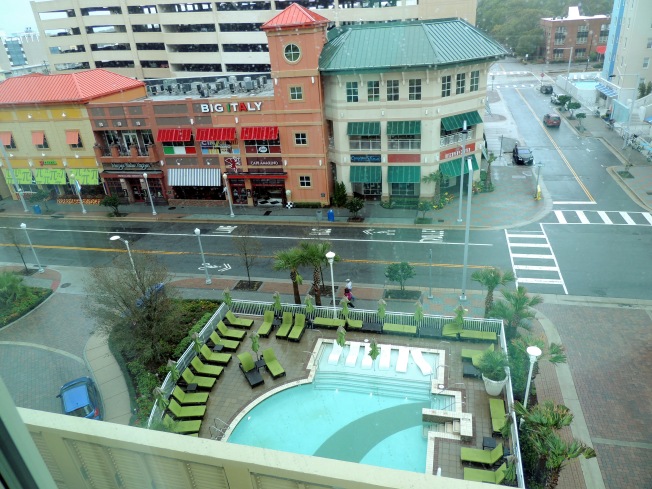 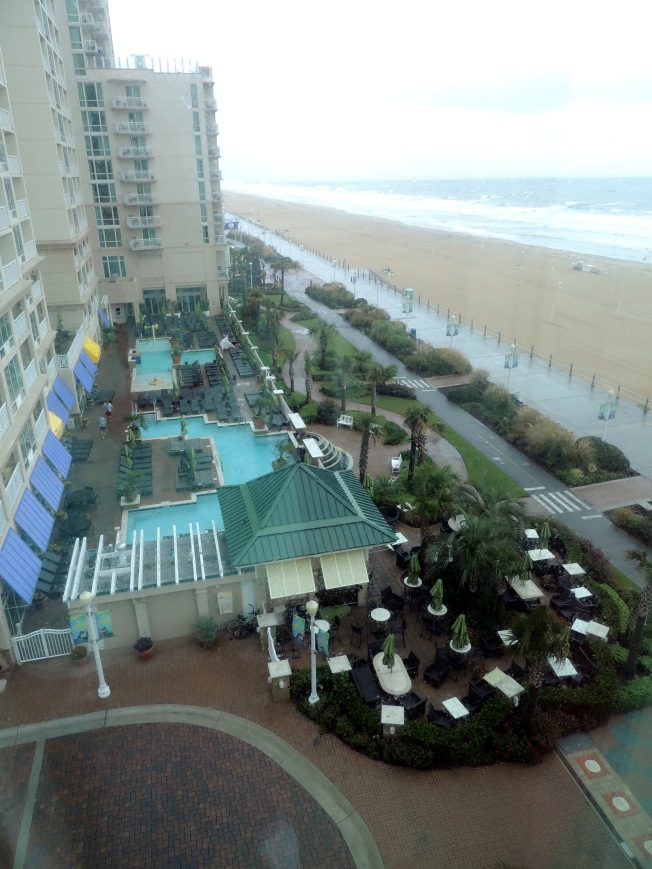 Balcony with a beach view! 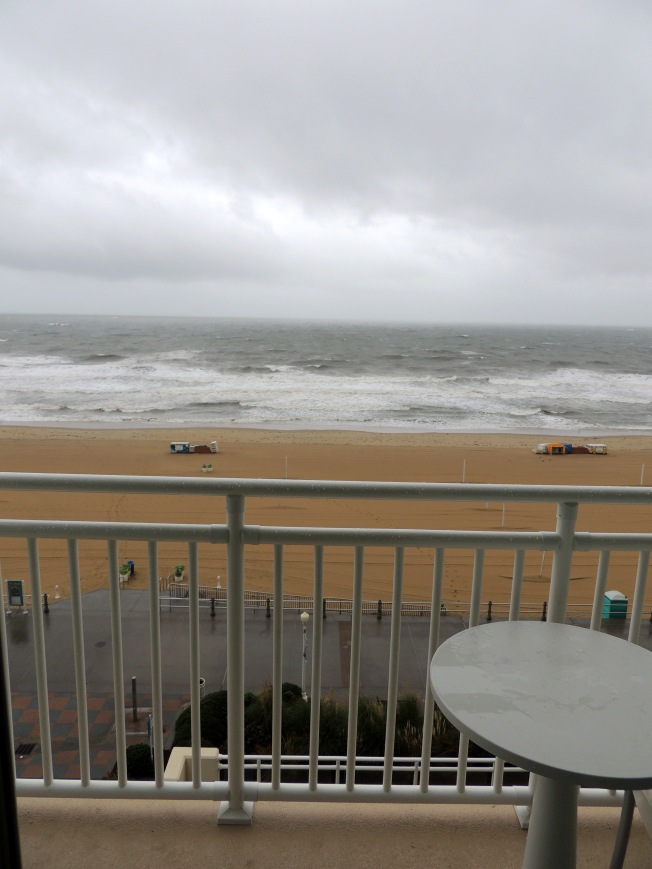 It was very rainy when I got there and overcast the next day, so there was no sunrise. But I nevertheless sat on the balcony in the morning with a cup of coffee and people-watched.

I watched a woman scour the sand with a metal detector (hope she eventually found something). 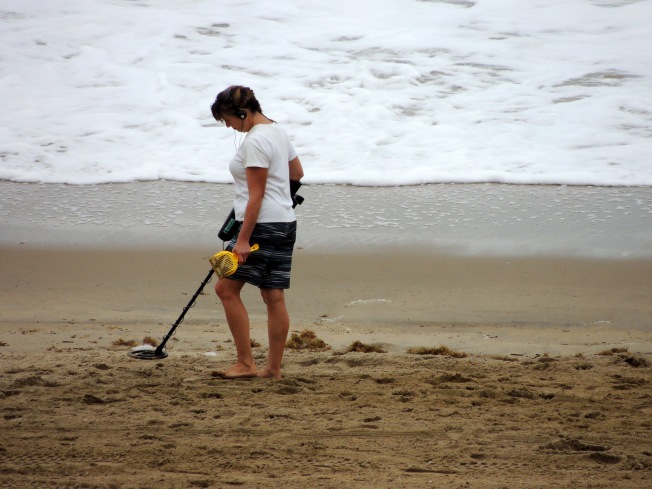 I also watched this guy set up every single volleyball net by himself (of which there were probably 20).

I also saw dolphins!! Their fins anyway. I love dolphins!

They were swimming fairly close to shore and some surfers. One surfer caught sight of them and looked concerned, as would anyone I’m sure if they saw a fin in the water! 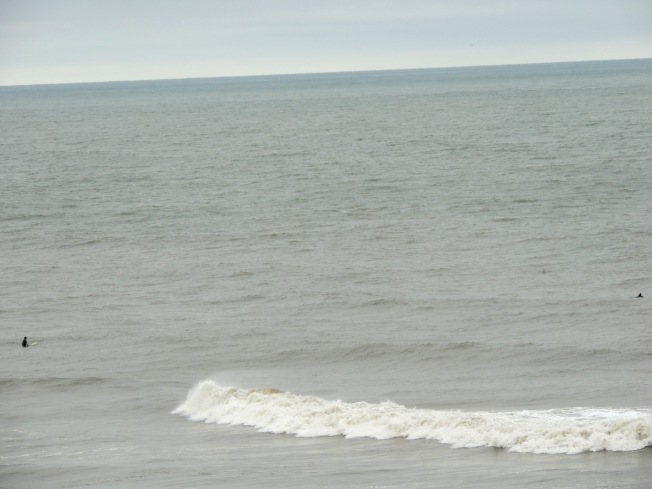 The rest of the trip consisted of the aquarium and the Neptune Festival (art show and sand sculpting), which I will post separately.

Even though the sun didn’t come out until I was leaving, it was another glorious trip to the beach!