Another beach trip! The water was warm, but that’s about the only good thing about Myrtle Beach. It was pretty touristy and far away and there are closer beaches. The shelling was good though!

You know it’s a tourist trap when Dolly Parton’s name is involved (no offense Dolly!). 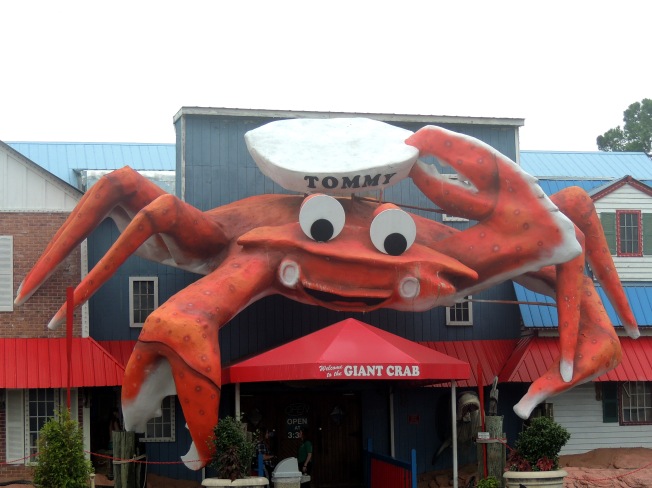 It was either really cloudy or raining most of the time. 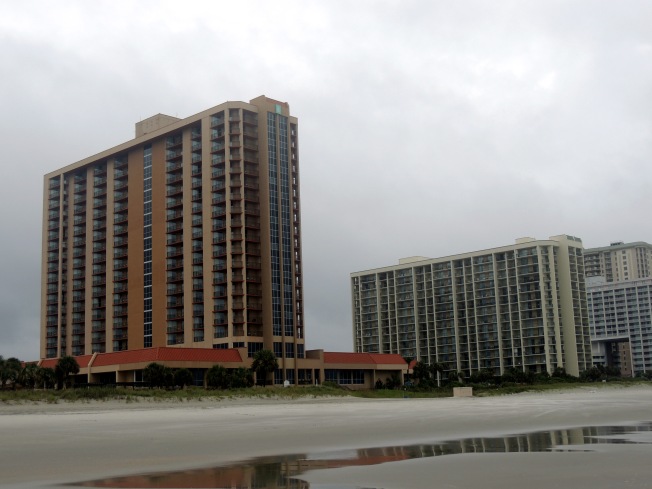 I ate at the Gulfstream Cafe one night. It was voted “The Best View” but…I’ve seen better. The seafood was pretty good though. 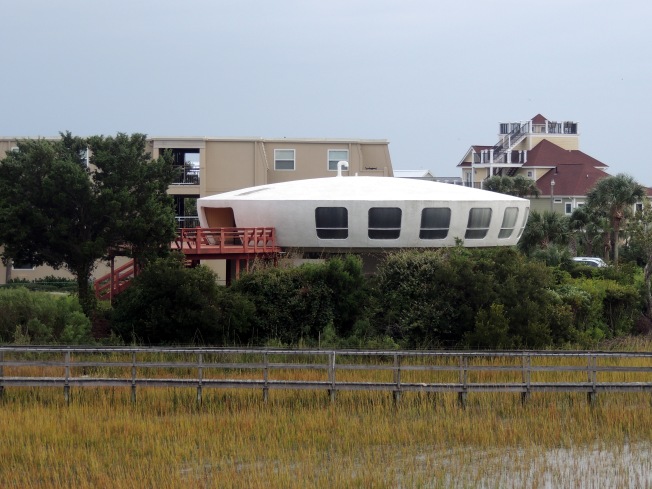 I went to the Ripley’s Aquarium and was fairly disappointed. It was REALLY expensive, small, and the layout was chaotic. I did enjoy the shark tube with the moving walkway. 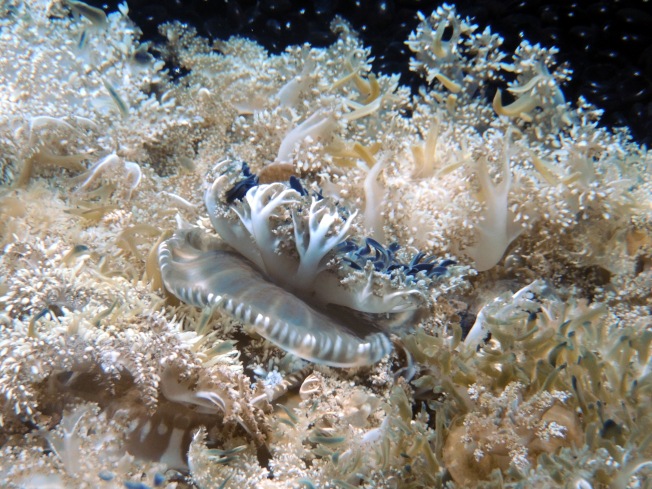 I liked the set-up with these jellyfish, they had mirrors on each side. 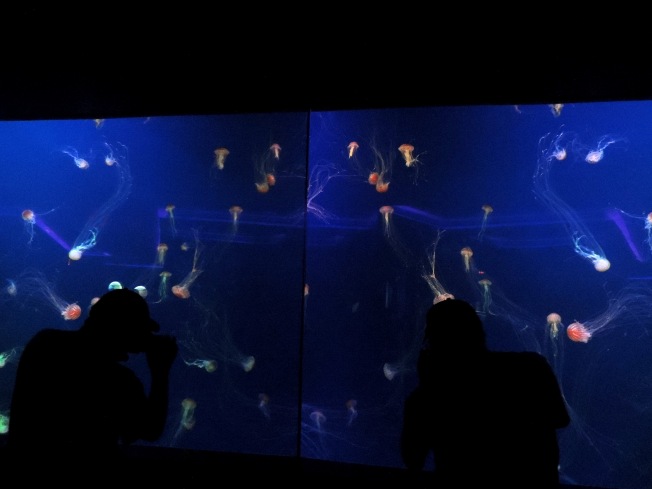 Still trying to get a good shot of an octopus.

Love when starfish are stuck on glass! 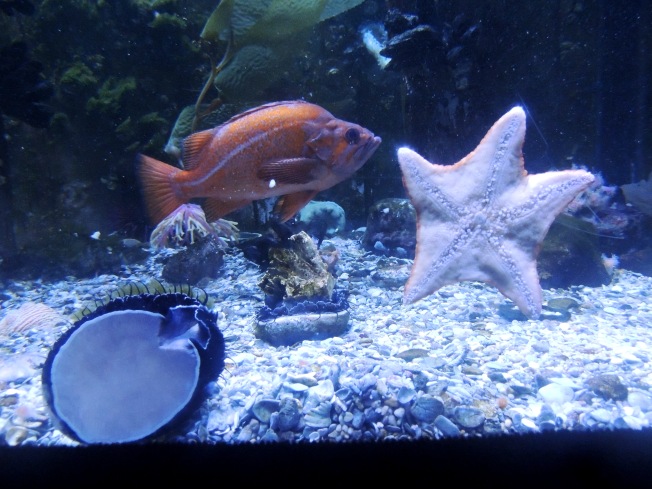 The background makes me dizzy, but had to include because the fish is weird. 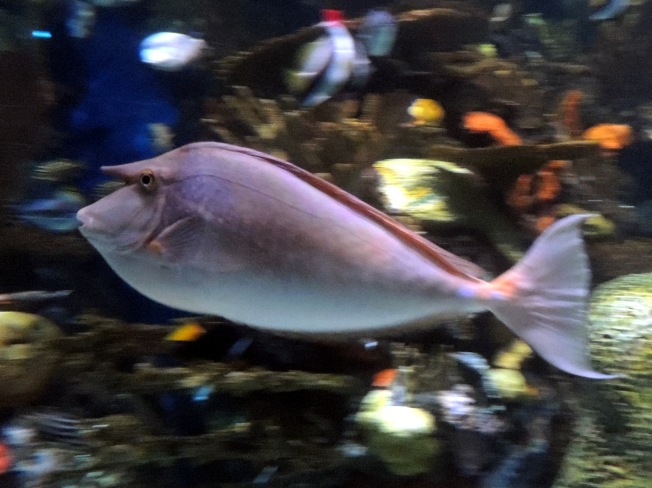 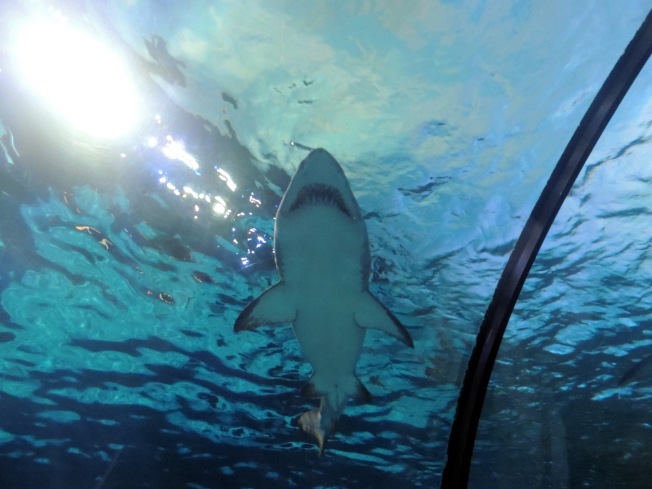 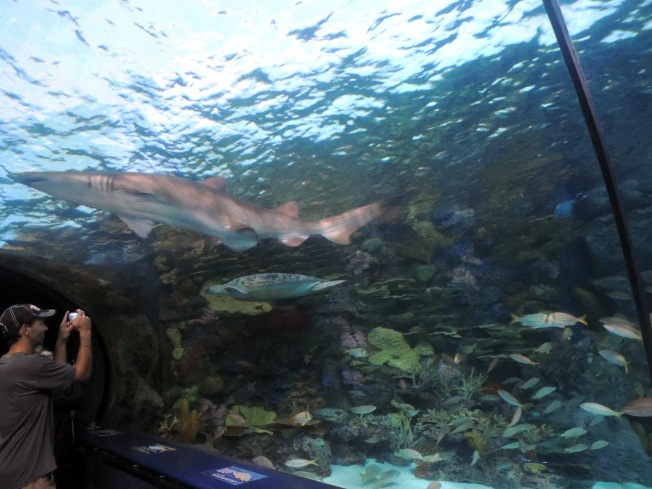 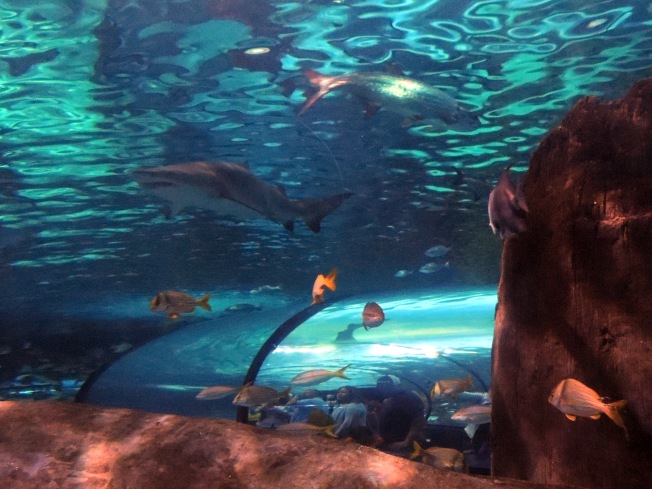 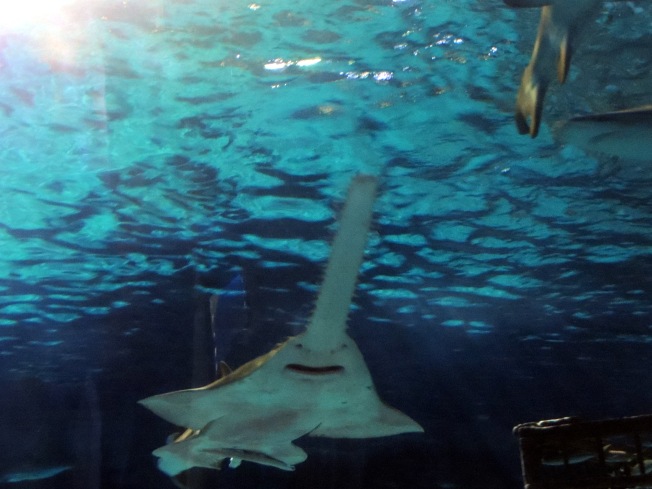 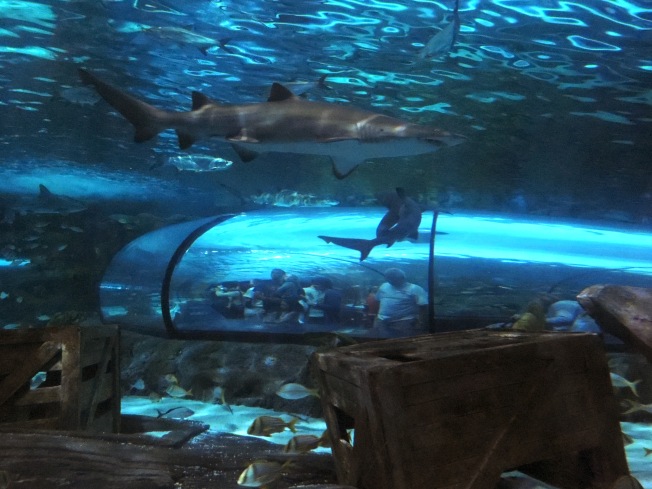 Myrtle Beach boasts it has 60 miles of beautiful, sandy beaches, and it does!

I ate at Sea Captain’s House another night. Again, seafood was pretty good, but I’ve had better. It was right on the water and had a nice lawn as a waiting area. I saw this lady swinging on the bench swing and thought it was a nice moment.

On my last night, I just HAD to take a walk on the beach. I found a couple of sea urchins, probably THE coolest thing I’ve ever found on the beach! 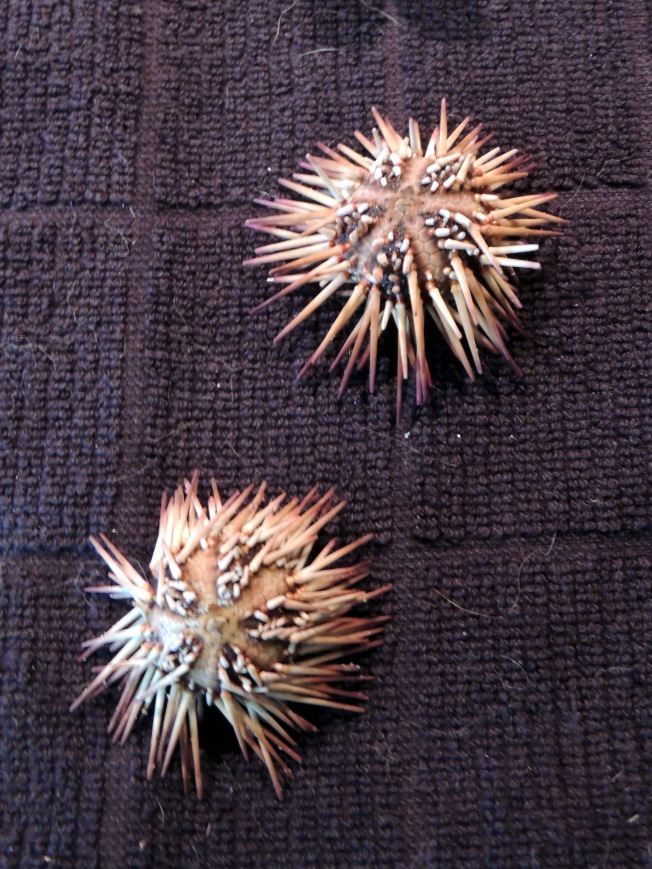 Will I go back? Maybe. Hopefully the weather will be nicer next time.