I took the one and a half hour drive to Norfolk to see a couple of exhibits that I saw in the Times-Dispatch. The temperature was 61 degrees and there was zero traffic on the 64. The drive was absolutely lovely. 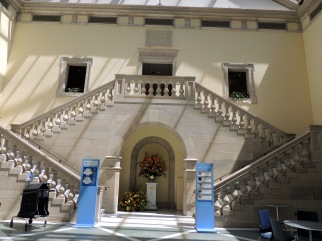 The first exhibit was Edward Burtynsky: Water. I found it mesmerizing. He used drones, helicopters, and rigged cameras on industrial equipment to get these shots.

These are part of a series titled Pivot Irrigation. I had to google it…it is a method of crop irrigation in which equipment rotates around a pivot and crops are watered with sprinklers. If you look closely at the tall picture, that is a house in the bottom left corner. 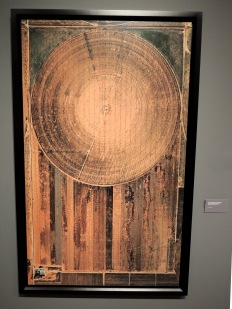 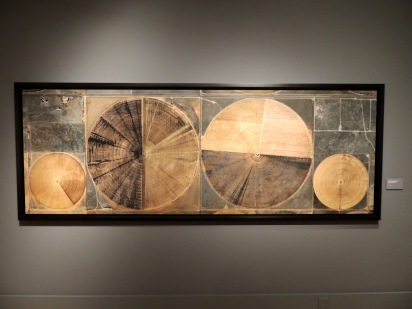 This one reminded me of an M.C. Escher sketch. 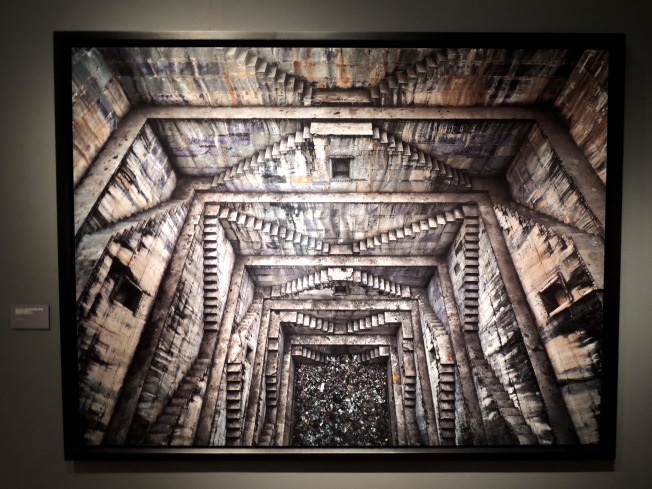 I took this at Brown’s Island several years ago. It’s some toxic sludge or another that collected near the shore of the James River. Gross, but there is some beauty in it. 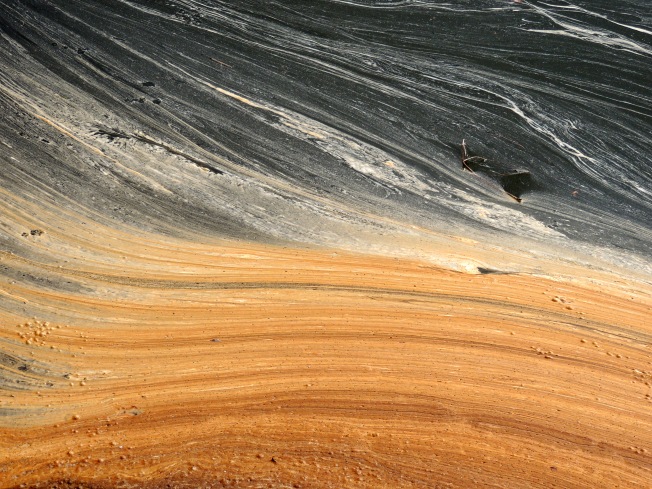 The next exhibit I was interested in seeing was William Trost Richards: Seascapes. It wasn’t quite what I was expecting, but still interesting.

I then wandered around checking out the rest of the galleries. The Chrysler has some really fascinating items.

These are from the 18th and 19th century. 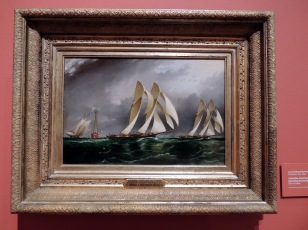 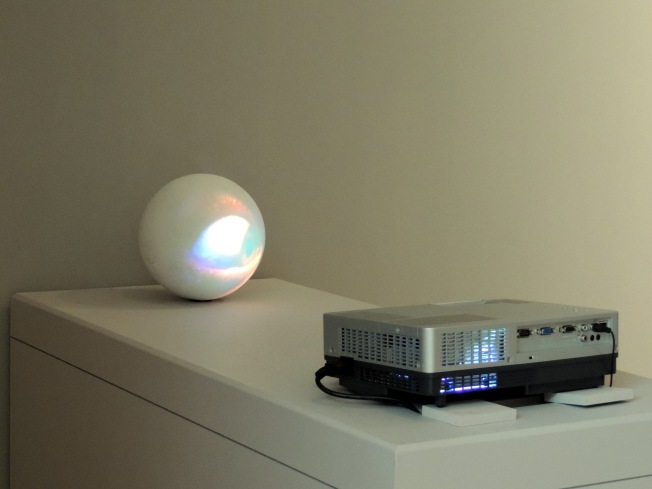 These two pieces were interesting though. The wooden one (which I had to look up because I didn’t see a plaque) is a sculpture made of Baltic birch plywood mounted on a white pedestal. It is horizontally layered birch plywood illustrating a three-dimensional representation of the Caspian Sea.

The light bulbs are glass radiometers (had to look that up) which consists of an airtight glass bulb, containing a partial vacuum. Inside are a set of vanes which are mounted on a spindle. The vanes rotate when exposed to light, with faster rotation for more intense light, providing a quantitative measurement of electromagnetic radiation intensity. Today the device is mainly used in physics education as a demonstration of a heat engine run by light energy, or in this case, as a piece of art. 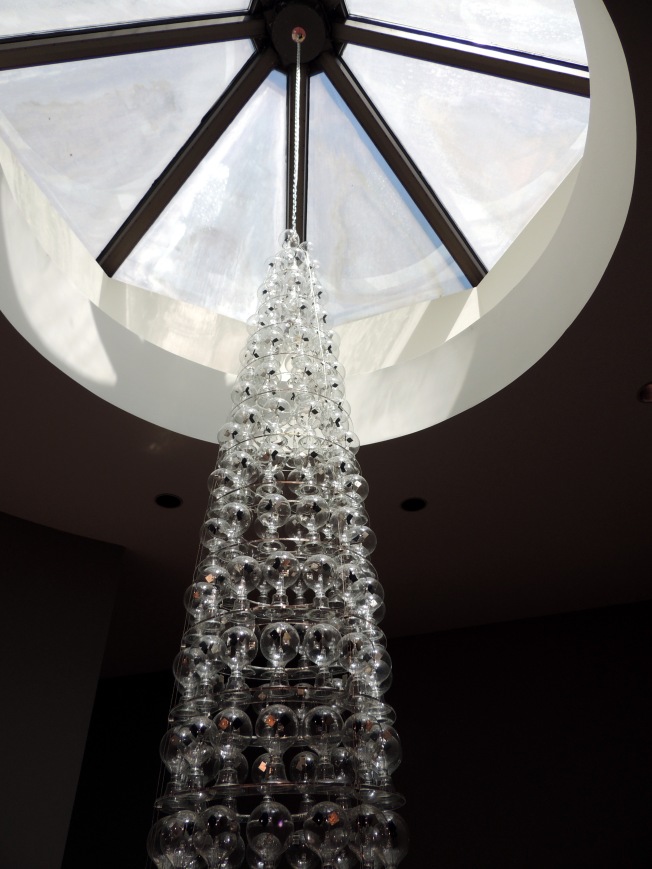 They also had some neat pieces from the South Asia, Himalayas and Islamic World. I found this one particularly interesting. While it looks ferocious, it is meant to protect Buddhists from distractions on their path to enlightenment. 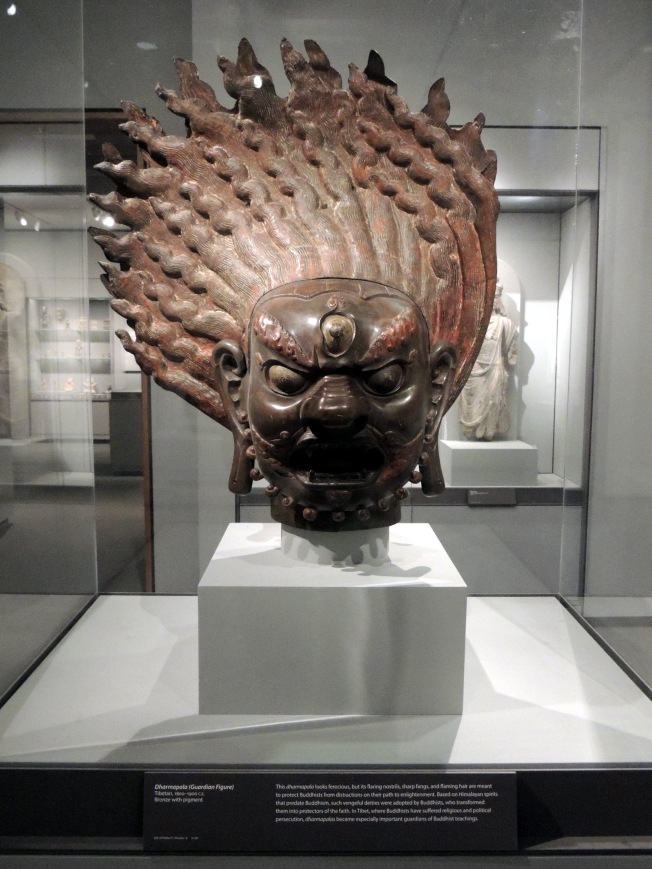 These were from the ancient Greek and Roman art collection. 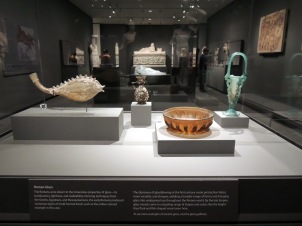 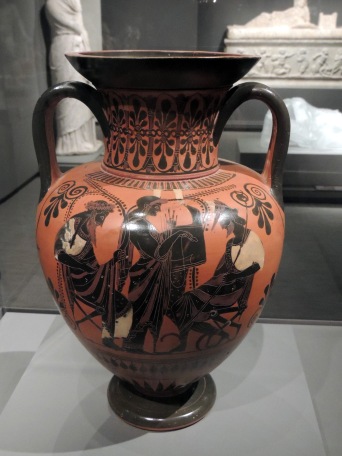 The Chrysler also has an extensive collection of Glass art.

This is a Chihuly!

There were two mirrored sculptures outside that were intriguing. 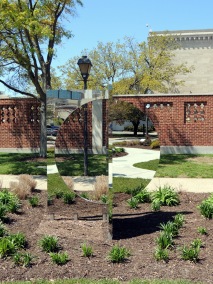 The traffic was bad on the way home, but I will definitely be returning to this museum!

Speaking of traffic, I was able to snap this picture of a hot pink, Hummer limousine, because…why not?