A few co-workers and I grabbed some lunch at City Hall and took the elevator up to the observation deck. There isn’t much up there but a couple of picnic benches. Oh, and a FANTASTIC view of the entire city! It was a very breezy day, made worse by the wind-tunnel effect at our high elevation. On a subsequent trip it was less breezy but I can see this becoming a popular spot for my lunch crew on nice, summer days.

Starting with the North and going counterclockwise around the building, first up is the Richmond Coliseum. 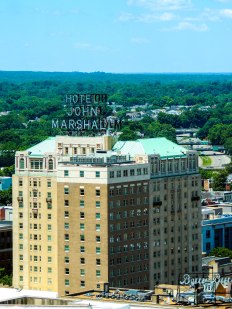 Hannah Lauck government building is the half round one in the middle.

The new rooftop restaurant Kabana (a new eating spot I need to try!) with a view of the James River. 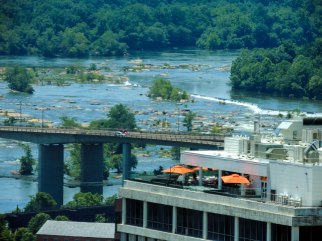 Old City Hall (see more below), along with the Capitol Building and the city skyline in the background.

The James Monroe Building is the towering one on the left. Side-note: the James Monroe is the tallest building in Richmond at 449 feet and 29 floors. The SunTrust building, another tall skyscraper (which is the tall builing on the right in the picture above), is 400 feet with 26 floors. Main Street Station clock tower sits behind the 95, with the James River snaking beneath it. 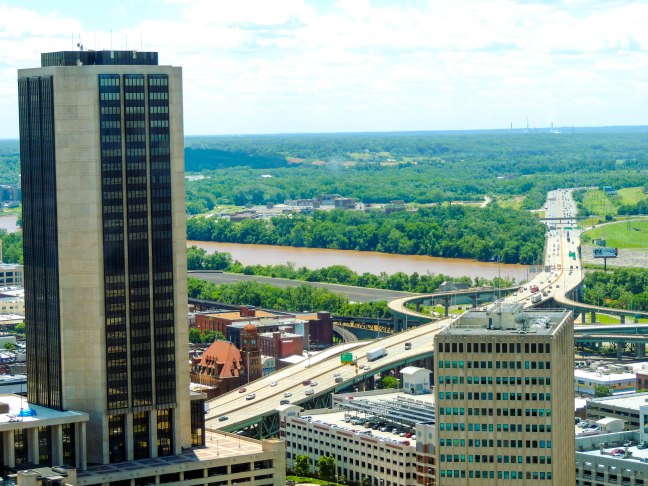 The MCV Medical campus of VCU takes up quite a bit of real estate in the area. 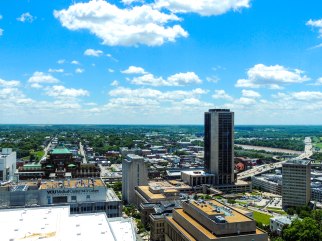 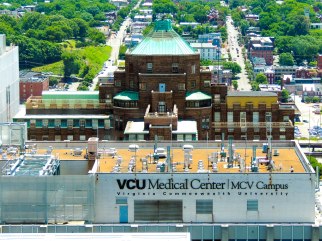 My office is the cluster of white buildings to the right of the row of cars. The new building for the school, which is supposed to break ground this summer, will be built where the dorms currently are in the upper left where all the trees are.

As I was researching some of these buildings for this post, I discovered the beautiful gray building across the street, that I thought was a courts building, turned out to be Old City Hall. So, I postponed posting this until I could go inside and get some shots. 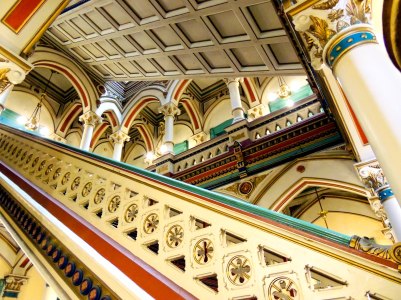 Who knew so much beauty could be found downtown!