I googled “things to do in Virginia” and the LOTUS popped up. It is literally out in the middle of nowhere, through lots of winding rural roads, between Charlottesville and Lynchburg. But once you get there, it is a sight to see! Make sure you have GPS otherwise you’ll get turned around (as I did when the car GPS tried to take me a different way than the phone GPS suggested).

The LOTUS is a temple dedicated to all faiths. Sri Swami Satchidananda opened the shrine in 1986 to honor the Spirit that unifies all the world religions, while celebrating their diversity. He believed that every village should have a temple, and so he built this temple. He says that his religion, “Undoism” is the basic foundation of all religions and faiths. He says “What we practice is found in every faith, every religion. That means we want to be good and do good…We want our lives to be easeful and peaceful so that we can be useful. That is our religion…There is no need to give up your own [religion]. In fact, you should not…but at the same time, love the other fellow’s also.”

In a world so full of hate, this is a sentiment I can stand behind.

I’m not sure what is up those steps, but I wasn’t in the mood to climb up to find out! 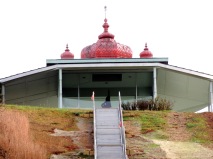 I did walk to the shrine and go in though. 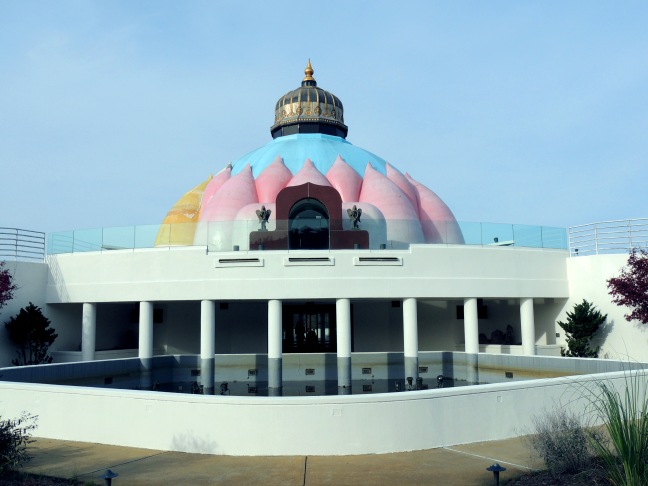 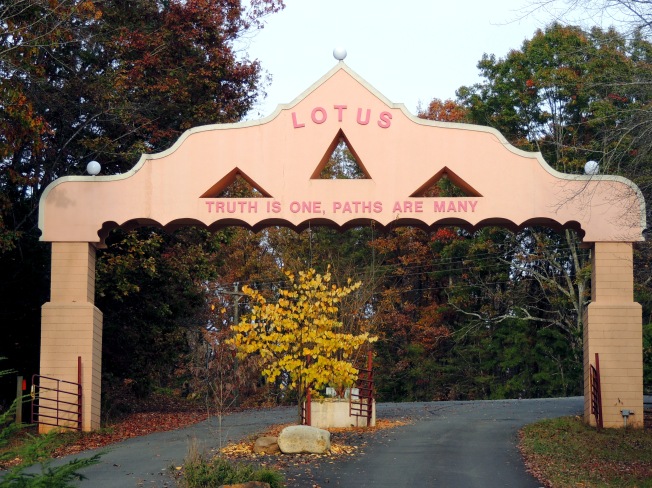