We drove down to Hilton Head from Richmond on October 19, 2011. The drive down was nice, but uneventful. We stayed at the Marriott Grande Ocean Resort and would highly recommend it ;-) We put our bags down in our suite and then immediately headed to the beach! 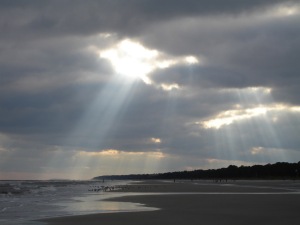 The next day we drove into Georgia to take a trolley tour around Savannah. We didn’t ride on a horse-drawn tour, but we passed several in our gas-powered trolley ;-) 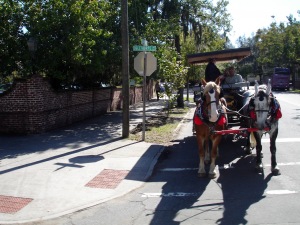 I love the Spanish Moss! Our tour guide instructed us that if we chose to take some home with us, to make sure we stored it in an air-tight container and if our hotel room had a microwave to zap it in order to kill the parasites (mites and chiggers!!!) because they WOULD come home with us if we weren’t careful. We passed on harvesting any and just took lots of pictures of it.

Many of the sites on the tour included the many squares and plazas in the city. Such beautiful trees! 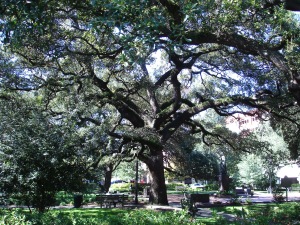 Another site on the tour was The Waving Girl statue. The statue is a depiction of Florence Martus who would welcome ships by waving her handkerchief. She continued the tradition for 44 years!

Our guide pointed out a poor try at a drain shaped like a dolphin. Looks more like a funny fish than a dolphin to me.

The ironwork in Savannah is astonishing and is incorporated into just about every house! 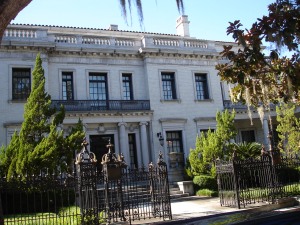 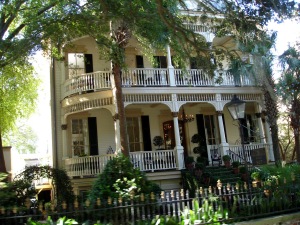 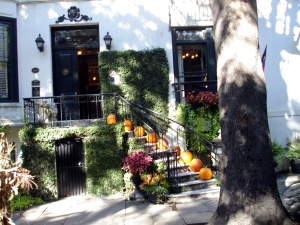 This house is apparently an eye-sore to the neighbors, but I like it! There’s nothing wrong with purple!

Several of the historical houses offered tours, but by the time we finished ours, we only had about an hour to kill before our dinner reservations. We ended up walking around the river front stores, maybe we can visit some of the houses next time around. 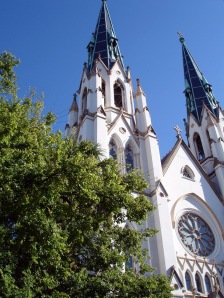 One of my traditions of vacationing at the beach is to wake up early, at least one of the days, and watch the sunrise. There’s nothing like starting the day watching the sun peek out of the waves and warm up the earth. Can’t seem to rouse myself to do that at home, so I always try to at the beach (not a morning person!). 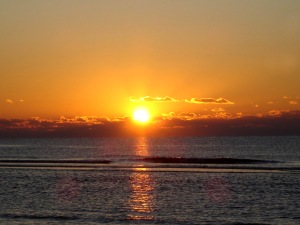 It was a short trip, but was on the list of East Coast cities to visit while we’re living on this coast ;-)